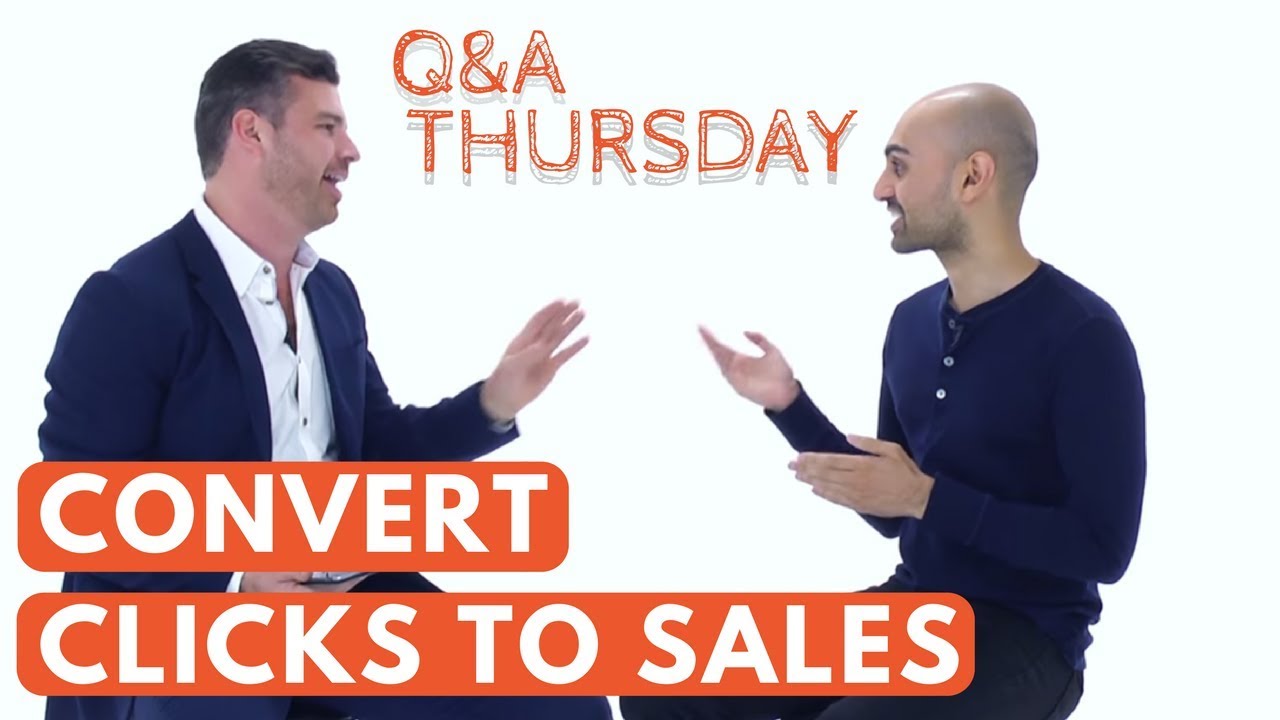 Hey, everyone, it’s Neil Patel here for another Q&A Thursday I’m here with Adam from https://viewership.com/

Aniket created a website around a month ago and had done a lot of really good Facebook and Instagram promotions plus some AdWords campaigns, but they do not see any traction with sales. So do you have any tips for them to improve sales if they’re getting traffic?

When you’re starting your brand new website, you need to get in sales. It doesn’t even matter if it’s profitable more, so you’re just looking for the channels that convert and the ones that don’t. So focus on Google AdWords, focus on Bing ads and you want a checkout SEMrush, put in your competitor URLs, and it’ll show you where they’re getting the majority of their traffic from.

And once you’ve figured out what’s causing the sales than from there you can focus on, alright, these are the keywords that drive sales, let’s focus on SEO and get rankings over time. You won’t get the results in three months, six months, it’ll take over a year. Then you can say hey let’s create content on these topics because if this is what people are looking for before they buy, content marketing should also help. And it’s not just text-based content. It could be video-based content like you do on YouTube and with your video-based content, you’re driving sales.

Optimize. Optimizing thumbnails, headlines, keywords, you’ll see–
Make sure the thumbnail has a picture that really stands out as much as possible and has text in the thumbnail and the thumbnail basically, elicits some curiosity. So you know, you’re competing against every other thumbnail on YouTube, and the key is just too, what makes yours more clickable than others.

Headline. You know, if you spend two hours making your video I want you to be spending six hours on creating your headline, it’s that important, I mean headlines are everything when it comes to marketing.

The next step would be adding tags to descriptions and stuffing it with keywords.

The third tip is, if you’re a business boost it, use Google AdWords to boost your videos, use paid campaigns to get your channel going at least in the first place.

With ads you’re signaling to YouTube, they’re like hey this channel’s legit, people are watching your videos. If people aren’t watching your videos and you’re putting all this money into it, if people are only watching it for 30 seconds, clicking away, the ad spend is not worth it. But for Neil’s videos like, they’re good content, right? So people are watching them, there’s great audience retention, so the more money we put into it, people find out about them, and then they want to watch more. It is just producing a show; it’s like producing a TV show.

Thank you guys for watching, if you liked this video, like it, share it, comment, tell all the people about it. If you have another question that you want to be answered on our weekly Q&A Thursday videos, just leave a comment on that question.

Why a Proper Digital Marketing Strategy Is a Financial Advisor’s Secret Weapon
This day in search marketing history: January 28
Elon Musk’s Twitter Is Being Sued Over Unpaid Rent (Again) — This Time By King Charles III’s Crown Estate
What Is Earned Media and What Is Its Value?
5 Sales and Marketing Trends for 2023 You Must Know