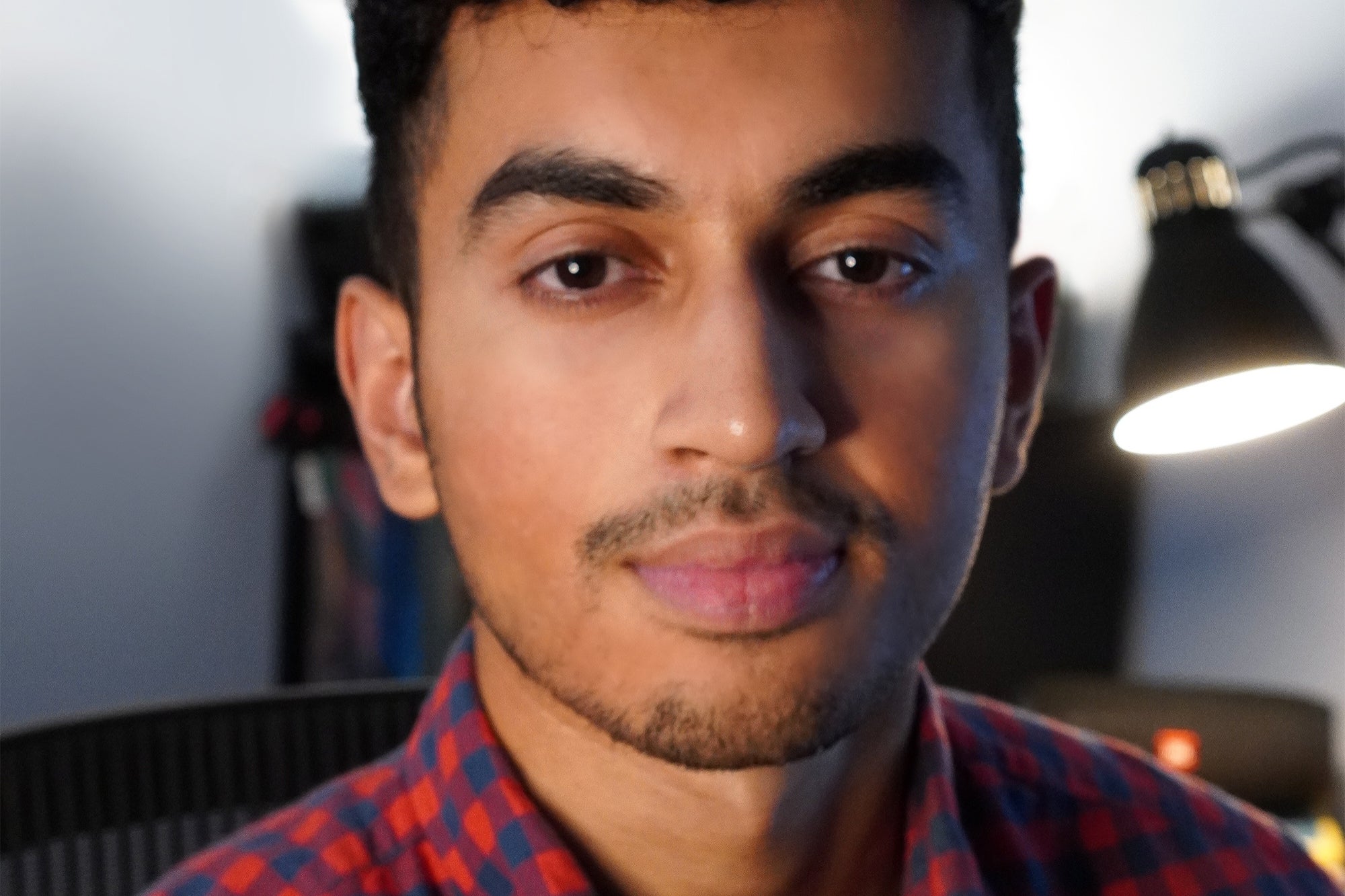 For decades now, the competition for spots at prestigious U.S. colleges has been fierce, and the odds are not in most applicants’ favor: In 2014, The New York Times reported that elite colleges reject up to 95% of the applications they receive. And according to recent reporting by AP News, the percentage of admitted students has continued to plummet, reaching staggering new lows last year due to the pandemic as many schools adopted test-optional policies and some students deferred their 2020 acceptances. 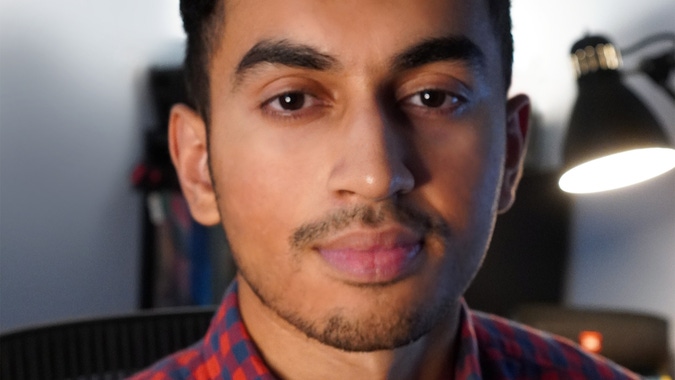 Courtesy of Next Admit

Despite the disheartening statistics, droves of American teenagers spend years shaping themselves into ideal candidates by padding their resumes with extracurricular activities, taking the most challenging classes and studying for standardized tests like the SAT and ACT.

Moreover, those with the financial means and know-how often hire application consultants, whose fees can start at $950 an hour, per CNBC. And the 2019 college-admissions bribery scandal proved that some wealthy parents are willing to go even further to secure their child an acceptance letter.

So, perhaps unsurprisingly, the SAT’s place in college admissions was being questioned prior to the pandemic. And as Covid-19 put more pressure on an already flawed system, ideas for change turned into temporary — then permanent — realities. The University of California system, for example, suspended its testing requirement before doing away with it for good. Other major colleges and universities have followed suit, at least for the time being, which begs the question: Is the tide changing, albeit slowly? And if certain college-admissions hallmarks fall by the wayside, what will take their place?

At least one thing is becoming clear: More and more, a look at the whole candidate is what matters. Gohar Khan, CEO and co-founder of college-counseling service Next Admit, notes that with the pandemic-induced closure of some testing centers, it’s the admission process’s “intangibles” — like essays and interviews — that are more likely to make or break an application.

“It’s all rooted in the narrative that you tell through your application,” Khan says. “I read hundreds of college essays, and the approach that lots of students take is, ‘I’m super accomplished. This is all that I’ve done. This is why you should accept me over the thousands of other students that come to you.’

“And the approach that sometimes helps the most is when students embrace the small elements of their life,” Khan continues. “So instead, it can be effective to reflect on those morning car rides to school — incorporating humor, being a bit casual, being vulnerable.”

Although Khan is well-versed in the college-admissions process now, he had to figure out a lot of things for himself as a first-generation, low-income student coming from a Title 1 school that received supplemental financial assistance from the government. “I remember the admissions process thoroughly because it was rough,” Khan says. “I applied to a bunch of Ivies and had to stay up late on multiple nights, filling out my applications, Googling what different admissions policies and terms meant. I ended up getting into six Ivies. It was a surreal experience given that I didn’t know what to expect and had such limited information and guidance. My counselors didn’t know too much about Ivy League admissions either. They were just like, ‘You have to work hard and be smart and see how it works out.’”

Khan’s decision came down to MIT, Stanford and Yale, and he ultimately decided to attend MIT because he wanted to study computer science. This past June, he graduated from MIT with a double major in computer science, economics and data science (considered one major at the school) and business analytics.

Related: How to Use Storytelling to Sell Your Brand and Vision

During Khan’s second year at MIT, it was his younger brother’s turn to undergo the admissions process. Mahad Khan earned early admission to Yale via Questbridge, a nonprofit that connects low-income and first-generation students with partner colleges and universities, and ultimately chose to attend Harvard. In helping his brother, Khan noticed something about the admissions-counseling behemoths, many of which had been in the game for decades: They were shockingly out of touch, relying on poorly designed websites (reminiscent of those “from the early 2000s,” Khan says) and little or no social-media presence. To top it all off, they were exorbitantly expensive, with some charging upwards of $1,000 an hour for à la carte services or as much as $5,000-$10,000 for more comprehensive packages. Khan saw a clear opportunity to shake things up — and to use his computer-science background to do it.

“I wanted to leverage technology to help make the counseling process more affordable and more efficient,” Khan says. “So that’s where the idea for Next Admit really stemmed from.”

But it was Khan’s creation of his TikTok account, Gohar’s Guide, in June of 2020 — at a point during the pandemic when many were turning to the addictive social-media platform — that would lay the foundation for Next Admit’s success. Until September of 2020, Khan’s approach to content was relatively straightforward: covering tips for the admissions process or how to tackle specific essay questions. Khan’s early videos did well, gaining him around 30,000 followers in that period, but he was convinced he could stretch his creativity and do more.

Khan came up with the idea for the “table-top” videos he continues to feature on his account today; as the name suggests, the camera focuses on a table top, where Khan displays visuals while he explains a given topic. Khan also noticed that his audience — much like the admissions officers reading applications — were hungry for the storytelling aspect that brings such content to life. And he responded accordingly.

“All of my content is really rooted in a story now, or I try to root it in a story,” Khan says. “People are going to scroll past something that’s just like, ‘Here are five tips for applying to colleges.’ It’s kind of boring. Instead, I’d open with, ‘I know you’re probably staying up super late on multiple nights, trying to figure out this admissions process.…’ And with that hook in place, I tell them exactly how I survived it.”

Though for the record, “All of them aren’t that gloomy,” Khan laughs. “Some of them are humorous, more lighthearted, but the idea is to root my TikToks in emotion, and that has really helped, coupled with high-quality audio and visuals.”

Khan’s following spiked, and he used the traction to launch Next Admit’s website in October 2020. Today, Gohar’s Guide has 1.1 million followers on TikTok and nearly 60,000 on Instagram, and his top video has upwards of 10 million views. The topic? That Harvard received a record-high 57,000 applications for its class of 2025, resulting in an all-time low admission rate.

Related: This TikTok Star, Who’s Made $1 Million in 2021, Tackles the ‘Taboo’ Topic of Money and Reveals the Major Flaw in Dave Ramsey’s Approach

College admissions may be more competitive — and in flux — than ever before, but Khan’s company is poised to continue democratizing the process, challenging the monolithic, out-of-touch status quo that has defined the industry for decades. Next Admit has even launched a free tool that allows applicants to scan their college essays to be read by an AI-powered algorithm that provides instant feedback.

“I expected to graduate MIT and leave as a software engineer or go on to do something in computer science,” Khan says. “But now I’m a full-time influencer and running my own company. I never would have expected the opportunities that have come my way in the past year, but I’m super grateful for them.”