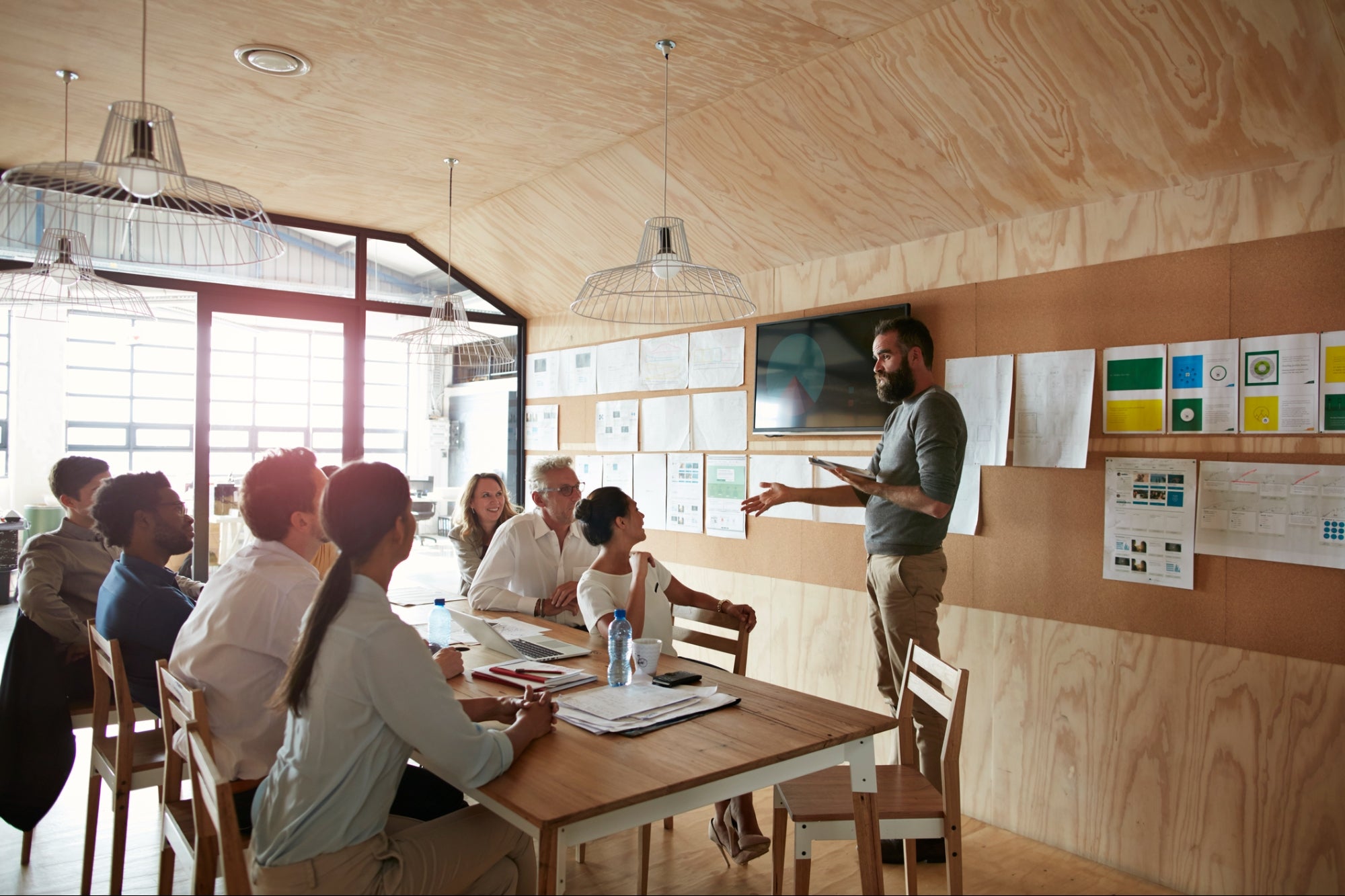 When I was a kid, one of my favorite shows to watch on a Saturday morning was Land of the Lost. The hapless Marshall family is trapped in another dimension with dinosaurs, early hominids and Sleestak lizard men. There’s mysterious fog, magic crystals, ancient temples … it’s just a weird place. Nothing in the show made a whole heck of a lot of sense. But I stayed for the scary dinosaurs and creepy aliens.

After an episode would air on Saturday morning, I’d wander into the kitchen and tell my mom about everything that happened on the show. It would usually go something like this:

“A dinosaur came and everyone ran into a cave. Then the dinosaur left, so they went to these glowing crystals. And the sister said she was thirsty and the brother was like, ‘stop complaining.’ And this bug-eyed alien came, and they fell into a pit, and then even more aliens came, but then a good alien stepped in to help, and everyone was okay.”

I swear, I’ve gotten way better at storytelling since then.

That’s particularly true in the years leading up to my founding of a PR agency. Here are some lessons I’ve learned that help us create stories that are out of this world and get our clients into the news.

Related: How to Write a Winning PR Pitch

Crystallize your focus on the the location you want to zap

For three weeks, we were banging our heads on the table in frustration from a lack of response about a client’s pitch. The problem? When we looked closer, we realized we’d neglected a key aspect of many good PR campaigns: think globally, pitch locally.

We’d skipped the regional media targets. Oops. So, we made sure to check out local publications. Not just urban centers either. There were publications across the province that could pick up different kinds of local angles. We crafted pitches just for tech reporters in the big city who would want to promote a success story from a local startup. But we also contracted reporters in regional economic development with an innovation angle.

As soon as we started targeting our pitches to journalists who worked in the same region as the company, we got two hits with some very excited reporters. (It would have been better to catch them on the first pass, but at least we did not miss that trick the second time around).

Try not to overwhelm your audience with alien technology

As a PR agency that works with a lot of tech companies, we’ve learned the hard way that it’s pretty much impossible to bowl over reporters with technical jargon. They’re just not impressed. Instead, help them understand what the technology does. Who benefits? How convenient is it? Is it 500% faster, cheaper or just more effective than the next available service from a competitor? Maybe there’s literally nothing else on the market that does what this does. Fantastic!

A client of ours works in an AI-powered cryptocurrency-trading platform. Rather than bombard journalists with the intricate details about how the algorithm works, we tied the pitch to a giant spike in return on investment. Now our client could talk about why that spike happened, then segue to how AI could take advantage of emotional exuberance with high-speed trading. Machine learning can be a tough topic for reporters to wrap their heads around, but making a killing with a wacky investment is something a lot of reporters and investors can easily connect with.

Related: 4 Ways Visuals Can Make Your PR Pitch a Success

Take only what you need for your story. Chop the rest.

Spinning an engaging tale for a reporter about your client’s latest crazy adventure? Don’t get carried away with your words. The editor reading your offering needs to understand the story in seconds, not minutes.

I recently brought on a new hire. She was a wonderful writer. But sometimes she got too attached to particularly good prose. This was happening repeatedly over several versions of a column she was drafting.

So, I passed along one of my favorite tools from my writers’ toolbelt — the writer’s hatchet. “Go in there and start chopping those words until the floor is red.” Fourteen hundred words became 1,100 — and then 832.

That seemed about right to me. We sent it in. The trimmed piece got accepted by an editor not too long afterwards. A good story is as long as it needs to be. Keep the interesting details. Specific beats generic. But drop anything else that doesn’t serve your purpose. Use the hatchet and don’t show mercy.

Even PR experts with years of experience can have a bad run once in a while. Reporters just don’t seem to be interested in what you’re pitching. You’re pitching into a fog, and you can’t see what’s wrong. There are no magic crystals to light the way and get you to where you want to go. When this happens, you need to rely on your own ingenuity, and perhaps some of the advice I’ve given, to find your way back. Good luck to all of my fellow adventurers on this journey.

Related: Are Your PR Efforts Falling Flat? Here’s How to Fix It

Apple Business Connect: Your guide to getting started
Having Trouble Getting Verified on Social Media? Try These Strategies
How to Use Personal Brand Photos to Stand Out on Social Media (and Be Remembered)
3 Myths About PR That Are Hurting Your Brand’s Success
This day in search marketing history: January 29