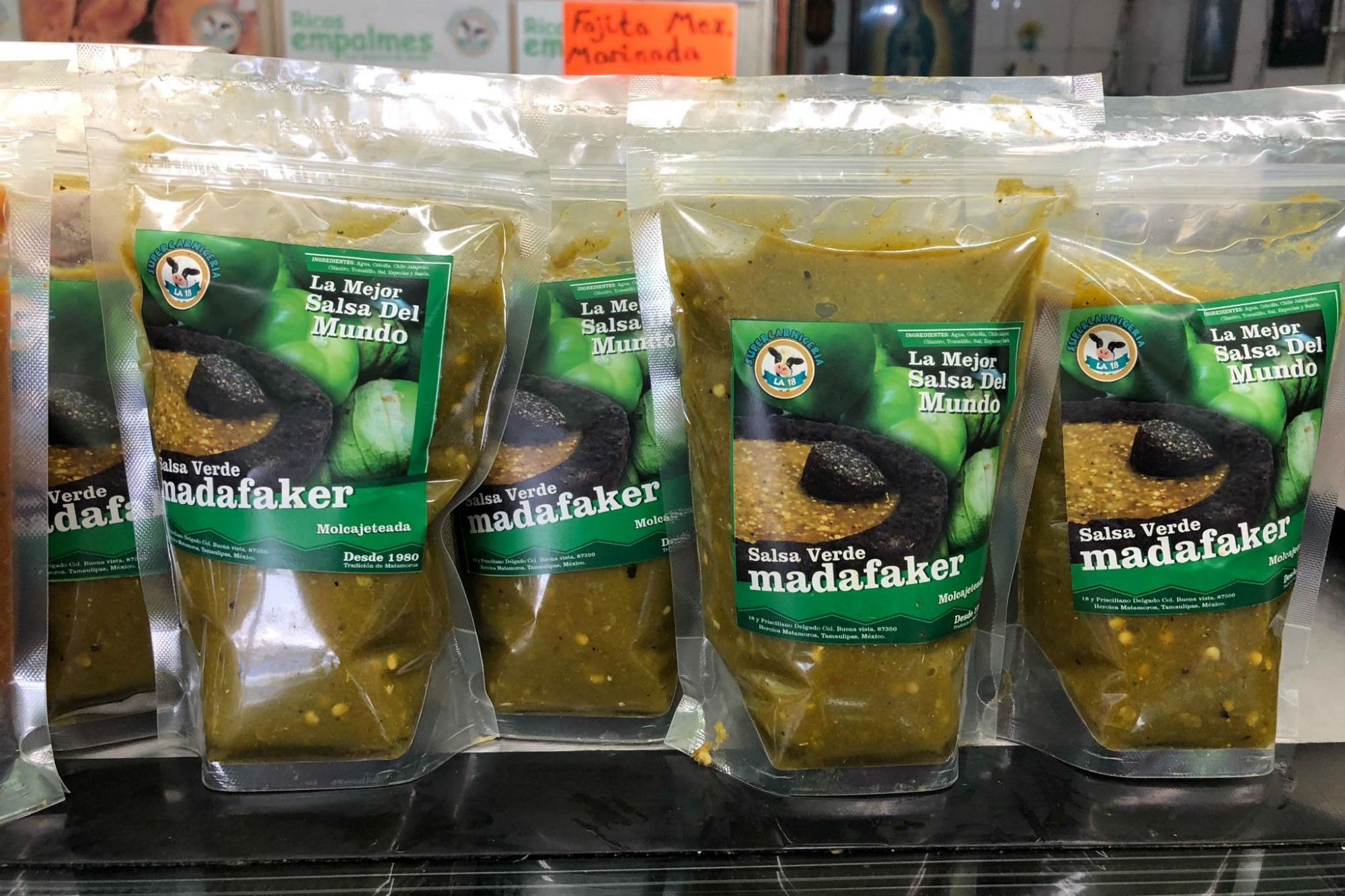 The butcher shops are a necessary stop when you visit Matamoros, Tamaulipas , because every good Mexican knows that in the north of the country the roasted carnita is a tradition that is obligatory. However, there is a butcher shop that has become famous not for its cuts but for its sauces. 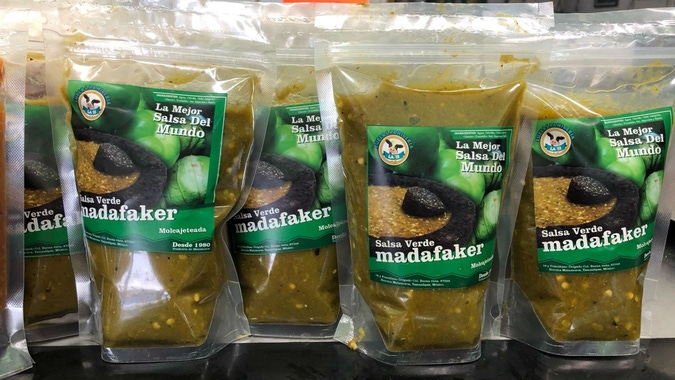 The iconic place of the García family, Super Carnicería 18 , went viral on social networks in recent days by a publication where the names of its products aroused the curiosity of consumers around the world. Literally.

The reason? Their conservative-free homemade sauces bear such incredible names as ” madafaker ,” ” sanababish, ” and ” asupichimaye .” The post – made by a client, not even by the business itself – that shows this curious branding that refers to the Mexican transformations of the words in English “Mother Fucker and” Son of a bitch “has been shared more than 12 thousand times . 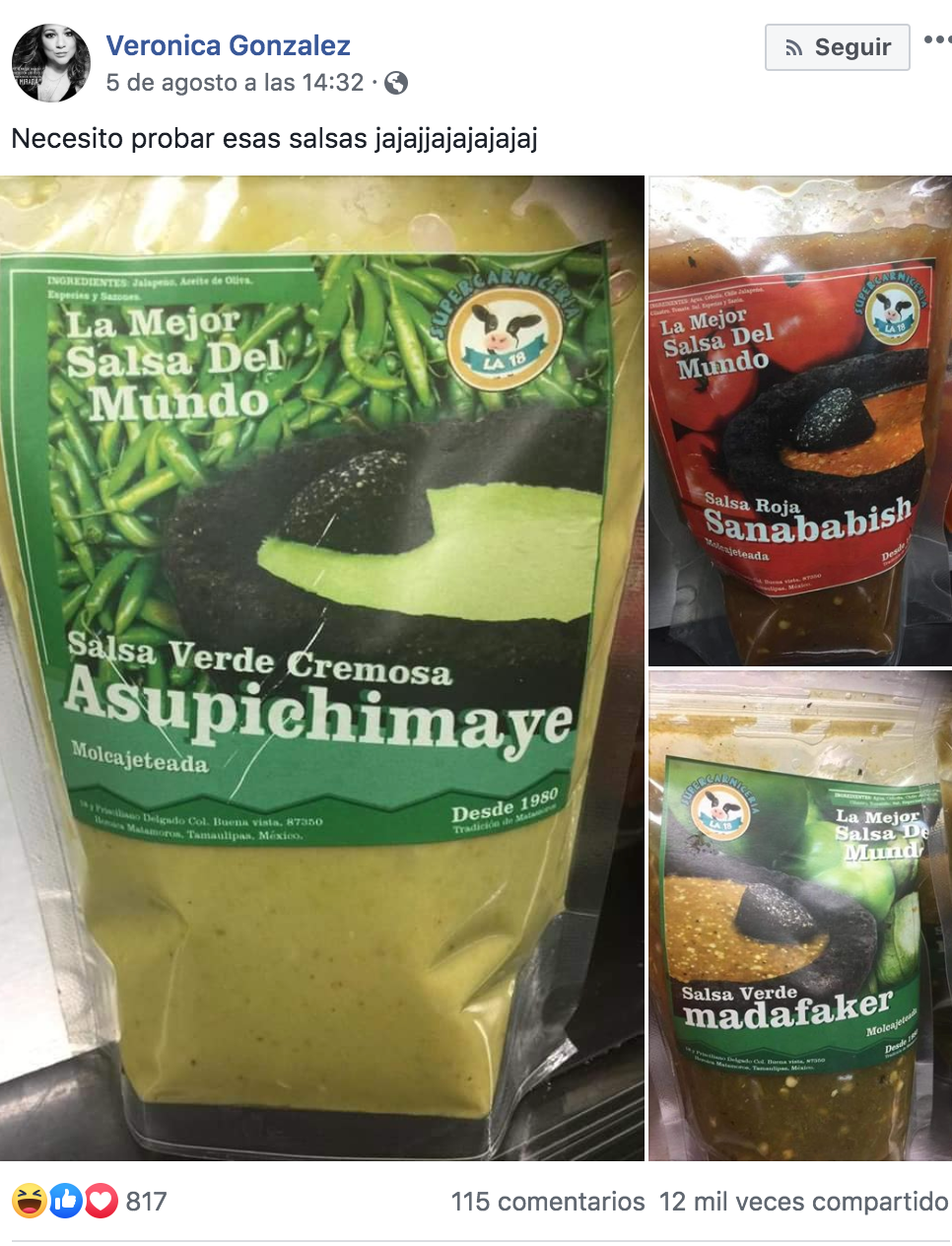 Super Carnicería 18 , which has been operating in Matamoros for more than 35 years, was already selling sauces, but one day Juan García and his brother Héctor noticed that these condiments that they bought from an external supplier would last up to four weeks in the refrigerator because they were not added. to lose.

“We realized that they were full of conservatives and we thought that a good sauce should not have so much chemical,” says Juan in an interview with Entrepreneur en Español .

Inspiration came to these brothers from the weekly meetings that the García family holds every week to share a roast beef and prepare sauces with the traditional recipe. One day a little less than a year ago, the entrepreneurs decided to offer these homemade sauces to their customers as an alternative to the packaged products they already had on their shelves.

“We are a Mexican family business – as it should be – and we wanted our customers to try a product that knew what a real Mexican sauce should taste like,” says Juan, recalling how the decision process was to offer the product in his only branch. . 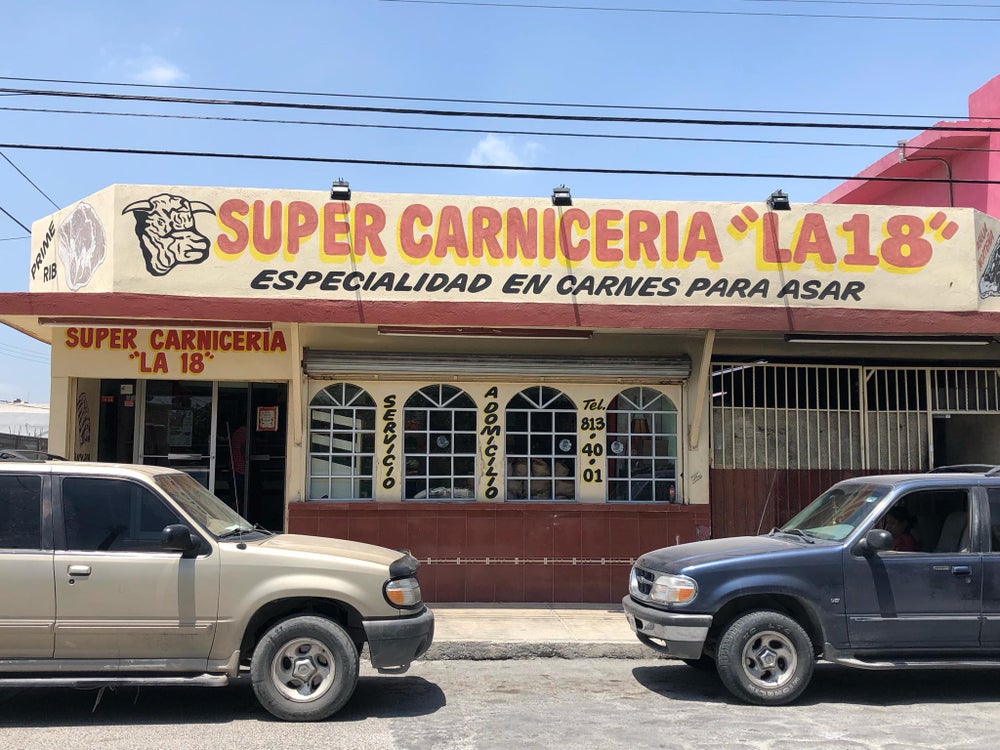 It was Juan himself who proposed to his family to use those “so colorful” names that have their origin in a beautiful family history that has an echo in all that Mexican family that has a member who has worked “on the other side”.

“My father – whose name was Héctor García – worked for a long time in the United States and did not know how to speak English. The other workers made fun of him, but he always answered them by saying the few words he knew in his own way, such as ‘sanababish’ and ‘madafaker’ ”, says Juan excitedly.

The third name, ‘asupichimaye’, was born from the expression of itching that his family made when trying their green sauce loaded with habaneros.

Thanks to this curious branding idea, Super Carnicería 18 is now receiving orders for products from other parts of the Mexican Republic, the United States, and even Germany.

The importance of a good name

The success that the García family sauces now enjoy is undoubtedly linked to the good name they chose. And the name is the most important marketing element that an entrepreneur has to make himself known. This is what José Mervyn, an innovation strategist at the collective intelligence agency Tekio, mentions .

“The name is the defining element of a product because it is the cheapest you have to differentiate it,” says the expert. “It has to be based on the most important quality that your offer has and reflect the new proposal that you are making to the market.”

In this regard, the business and entrepreneurship expert Yanik Silver offers 7 keys to choosing a good product name :

1. The name should sound good aloud
2. Use a name that has meaning and offers a benefit
3. Use a word that can be used in a real conversation and not just on the internet
4. Don’t use initials unless you are a giant brand like IBM or HSBC
5. Specific and do not use generic names that do not have a real reflection in the culture of your market
6. Try it on Google AdWords and social networks to make it work on the internet
7. Make sure you can register it

“The most common mistake made with a brand is not investigating whether it already exists. We think of an original name, it begins to gain strength in the street and we soon realize that it already exists and the effort we have already made to build the name is left to another company, ”warns the Tekio expert.

For now, Juan García assures that Super Carnicería 18 is enjoying the increase in sales of its sauces and together they are looking for alternatives to be able to ship long distances without having to put too many preservatives in their products.

“We want to sell more, but our goal is simpler: that the people who taste our sauces get a truly homemade flavor.”

TikTok CEO to Testify on Security Concerns at Capitol Hill. Will This All Be a Song and Dance?
The Success of Your PR Campaign Depends on These 3 Essential Elements
You’re Not Shadowbanned — Your Content Just Sucks. That’s Why It’s Time to Change Your Approach.
Why SEO should be a product
What Millennials Really Think About Product Life Cycle, As Told By A Millennial.