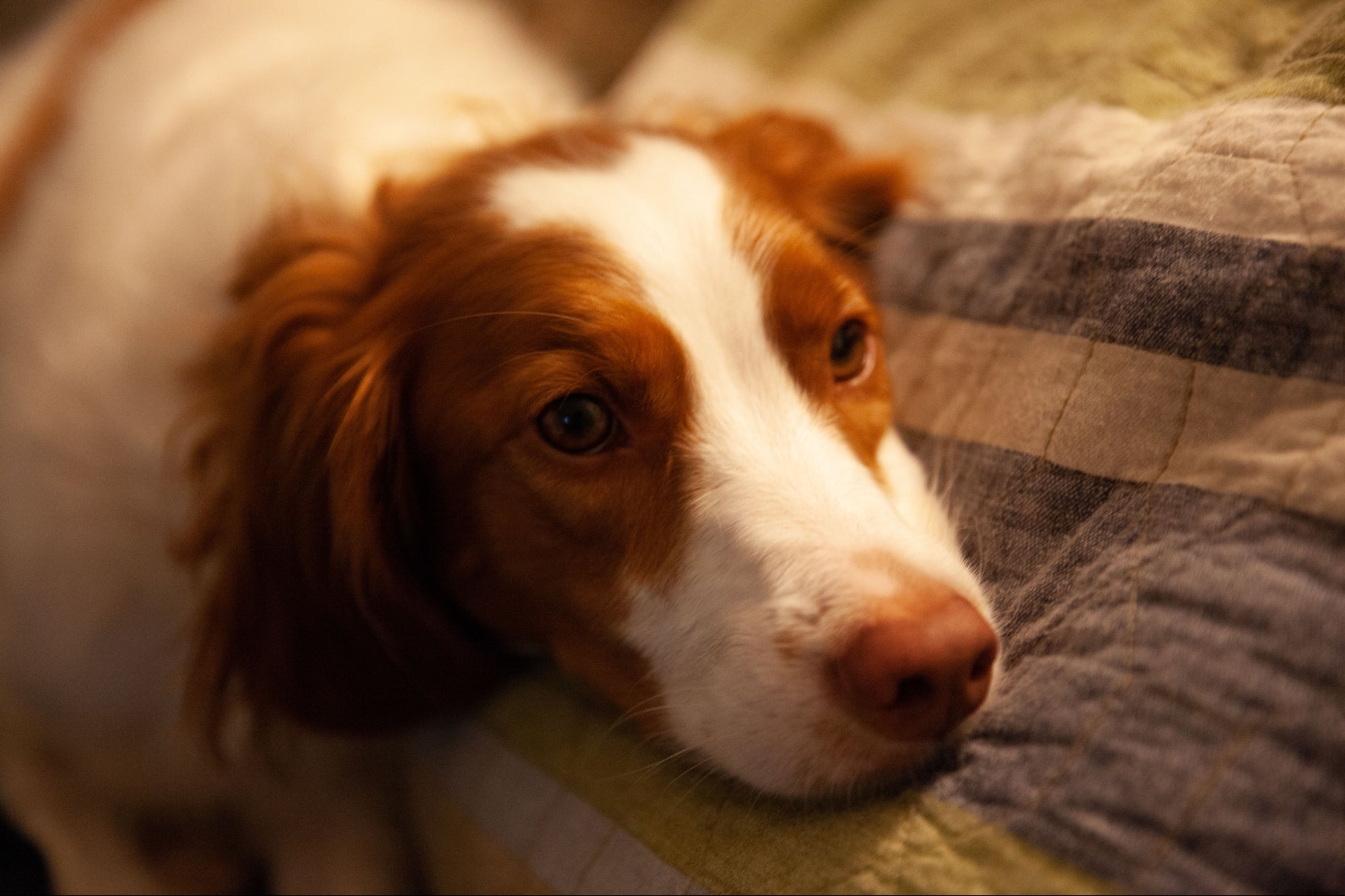 After a March 2016 accident left Dexter the dog with three legs, he took matters into his own paws and began to walk upright.

When Kentee Pasek of Ouray, Colo., brought Dexter the Brittany Spaniel home in 2015, she couldn’t have imagined the twists and turns that lay ahead for her and her beloved pet.

In March of 2016, Dexter escaped and was hit by a truck; the vet saved his life but had to amputate one of Dexter’s front legs. Naturally, Dexter’s mobility was significantly hindered at first. He tried to avoid putting weight on his front leg, and Pasek would have to carry him outside. But, just a couple of months later, Pasek was in for quite a surprise.

“One day, I left him down on the grass and I went back inside to get my morning coffee,” Pasek says. “I was gone for maybe three minutes, and he was up on the porch when I came back. I took out my phone, set down my coffee, carried Dexter down the stairs again and filmed him walking upright up the stairs.”

Dexter’s journey to social-media stardom actually began before his accident. Pasek’s daughter, in middle school at the time, created an Instagram account for him and posted a few videos, hoping to make him “famous.”

“Then the accident happened, and we decided to use it as a way to tell our family, friends and our mountain town how Dexter was actually doing,” Pasek says. “I had so many friends wanting Dexter updates, but so many were just wanting to make sure he was okay and know how he was progressing. I took over the account and posted photos and videos on how he was moving. In June 2020, this account only had 2,000 followers.”

That same June, Pasek’s mother was taking Dexter out for an early morning walk when someone who was visiting town took footage of Dexter and put it on TikTok for her friends. “This guest is now a friend, and she is known on both social-media platforms as @pvmal,” Pasek says. “Some of my 2,000 followers saw the video and tagged me in it. I created a TikTok account, and that video went crazy. It was put to “Don’t Be Suspicious” audio and Barstool Sports picked it up as well as Jimmy Fallon. The next weekend, as @pvmal was heading home, she stopped and we met, and we have been great friends ever since. It is so much fun.”

Since then, Dexter has had numerous viral hits. On Instagram, one of his videos has 41.4 million views, and another has 6 million. Seven videos on TikTok have been viewed between 1 million and 5 million times.

“Dexter is such a showman,” Pasek says. “He lights up when people are around giving him attention and love. The 4th of July footage really highlights that. I was not really wanting to do the parade and was talked into it, and so I just was kind of there, but when the parade began, Dexter acted like everyone was there just to see him and he strutted, performed and loved the crowd. I was actually laughing at his antics most of the parade because he was just taking it all in and performing!”