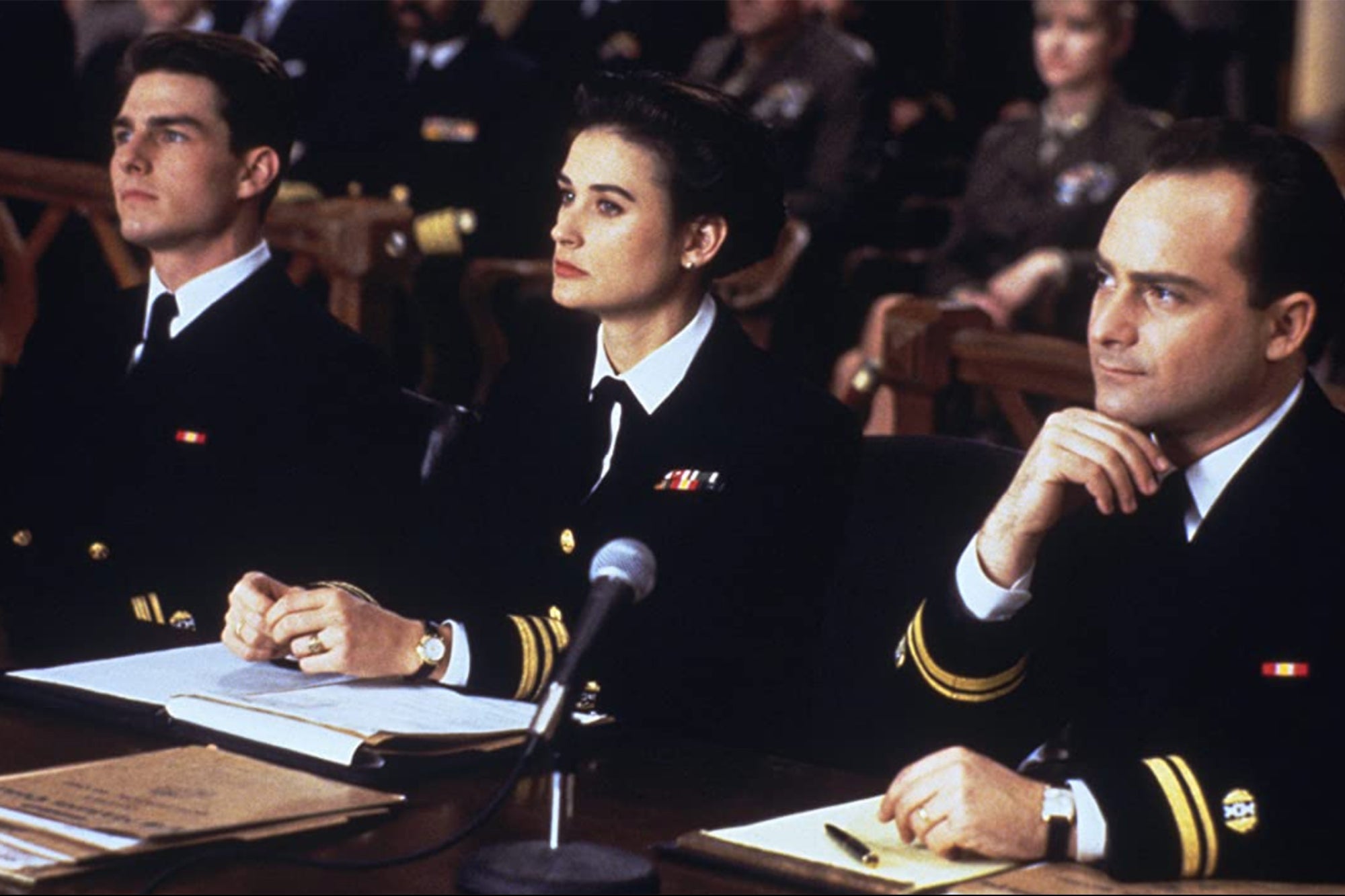 The classic 1992 legal drama A Few Good Men tells the story of two U.S. Marines accused of “disciplining” a fellow soldier. The award-winning film takes us through their subsequent military trial and examines the possibility that they were given an unofficial “Code Red” order to punish a fellow Marine who had threatened to expose a crime.

What is a Code Red, you may ask?

In military terms, a Code Red is an unwritten order to discipline or haze a soldier for going against orders or breaking unit morale. Code Red orders come from the top, and they are definitely extrajudicial punishments that are “off the books.” In the film, Tom Cruise plays an inexperienced and cocky Navy lawyer who must cross-examine a menacing Marine colonel (played by Jack Nicholson) to determine whether the colonel authorized a Code Red to silence a whistleblower. Without ruining the plot for those who haven’t seen the film, substantial evil-doing and corruption are exposed.

Related: How Your Public Relations Effort Should Look Like a Military Assault

The film’s applicability to PR isn’t immediately obvious, but it does resonate when it comes to fighting for the truth against the backdrop of an entrenched system — which is why it can be appropriate to go Code Red in the PR realm. This is particularly true when it might be a larger competitor who is challenging a smaller competitor in the marketplace. Generally speaking, we always advise clients not to engage in competitor bashing in the press because it isn’t credible and can annoy target journalists. However, there are exceptions — and an exception is considered a Code Red.

Far more than simple retaliation, a PR Code Red can and should be a carefully crafted and strategic initiative designed to counter a direct attack. The first step in a Code Red is to pick the right villain. Sometimes that can be a company that everyone in the industry despises, or sometimes a company represents the idea of a cynical, institutionalized industry like Big Software or an old way of doing things — the dreaded taint of being “legacy.”

Giving as good as you get

However, it is imperative that companies not pick sympathetic villains. Always punch above your weight, don’t punch down, and don’t punch sideways — because when Code Red is done right, companies can be seen as equals to the firms they are punching at, creating instant notoriety and even enhanced brand recognition.

For example, a few years back, my agency was working with a small data warehousing client, Yellowbrick, which was targeted by none other than IBM. IBM launched a direct attack, calling out Yellowbrick on LinkedIn. The tech behemoth was promoting its Netezza data center by saying, “Yellow brick roads are for fairy tales. Netezza. There’s no place like home.”

Both client and agency decided that this attack could not stand unanswered and created a campaign portraying IBM’s legacy solution as “Jurassic” and then combined that effort with a media outreach campaign. Meaningful product coverage followed, while IBM also received brickbats (pun intended) for taking on a much smaller competitor.

Similarly, a campaign for virtual events company ON24 took on one of the granddaddies of all trade shows, the Consumer Electronics Show (CES). Long before the pandemic changed physical trade show dominance, perhaps forever, CES made an effort to draw attention to its efforts to be “green,” even though the show attracted many thousands of visitors who arrived by air travel and created tons of trash.

The team at ON24 developed a campaign illuminating the fact that the carbon emissions from CES visitors far outstripped any benefit from the show’s so-called “green” activities. A media relations campaign explained the ways that online virtual events were the real winners in terms of carbon emissions, resulting in significant media coverage that successfully positioned virtual events as the trade show alternative.

And while the media tend to not like or cover social media or press release-driven dogfights between companies, they most certainly will take the opportunity to cover David versus Goliath stories like these. The press also takes obvious glee in skewering big, industry-dominating players, just as we enjoy such stories as readers.

By going Code Red, these teams changed the narrative for both companies. Each campaign was successful in positioning bigger players as bad guys and showcasing the challengers as scrappy market innovators. While it can be somewhat intimidating, taking the risk to go Code Red can pay off — dramatically.

Did you order a Code Red?

If not, perhaps you should. It may be over the line in the military, but going Code Red in the PR sense isn’t illegal or unethical. It can and should be viewed by public relations practitioners and marketing executives as a way to level the playing field. As such, it should be part of any PR person’s repertoire when the stakes are high and a small organization really needs to change the game.

Kim Malek of Salt & Straw on Modernizing the Ice Cream Industry
What Millennials Really Think About Product Life Cycle, As Told By A Millennial.
ChatGPT for PPC marketers: 15 strategic prompts to use today
6 Ways to Wring All the Value from Your Earned Media Coverage
The Success of Your PR Campaign Depends on These 3 Essential Elements