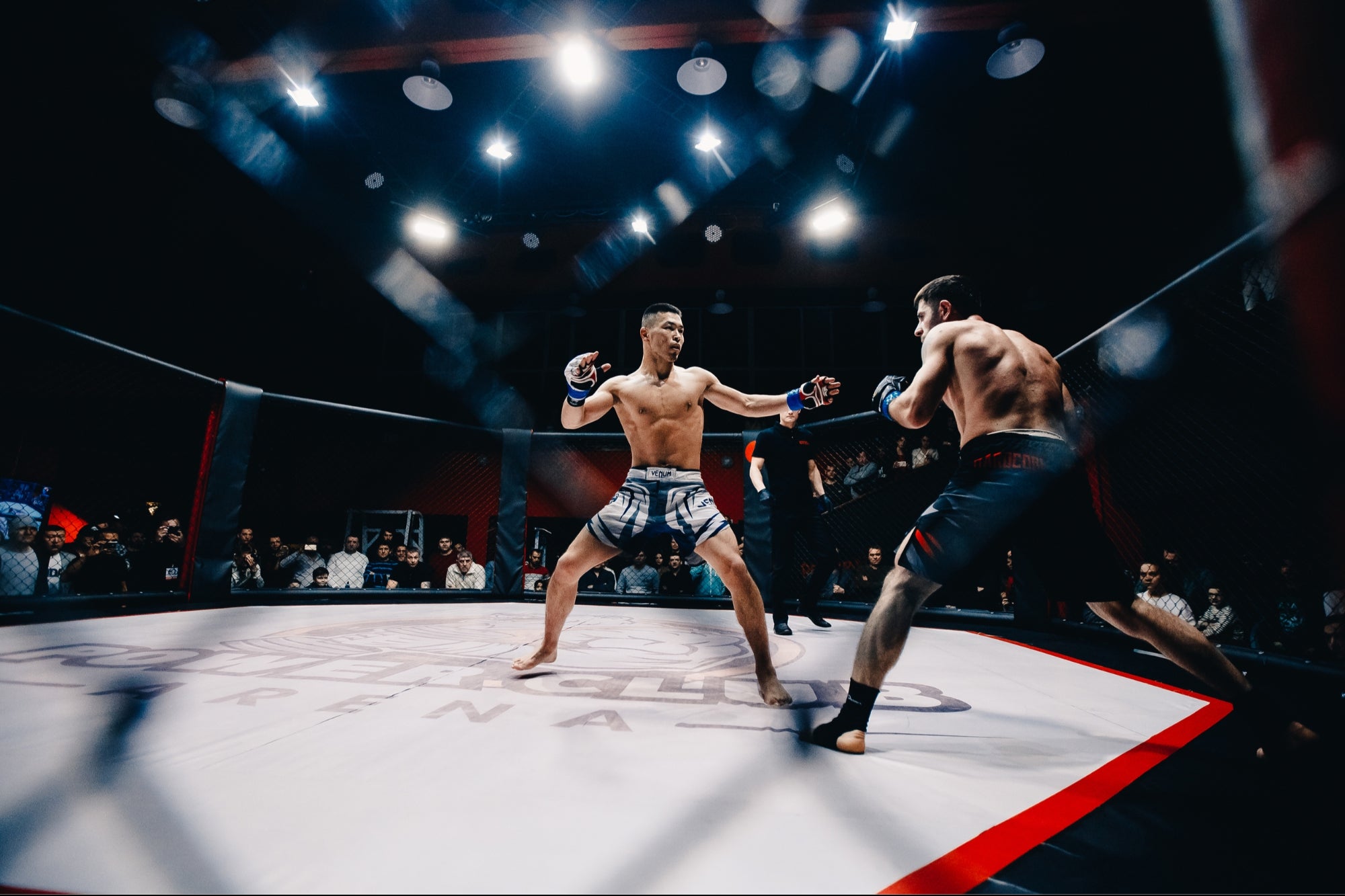 Combat sports have always been popular. The adrenaline rush of the cheering crowd coupled with two champions fighting for the title will capture the attention of anyone watching. Plus, all of these champions have a great story to tell. But even if you came to see the fighters and their sportsmanship, marketing plays a key role in why you came to see them in the first place.

UFC and boxing might seem the same; however, differences in how they promote fights vastly differ. For example, UFC is an entity that does everything from regulating the sport to promoting the athletes. Boxing, on the other hand, has its fighters sign with a promotion. The price for promoting them is going to be a deal between the boxer’s team and the promoting team.

This is just the tip of the iceberg: There are still a lot of ways these two differ in terms of their business model and marketing strategy. Let’s take a look at each of them before we examine the pros and cons.

From a business perspective, UFC is one big brand, following the business model of pro wrestling. Instead of focusing on the events themselves, UFC tends to promote the fighters by building up their personas and their stories. It’s an effective tool that can draw more people in.

Moreover, UFC is in charge of whom fights whom. Fighters don’t have the option to cherry-pick their opponents like they do in boxing. They won’t have to do much either, except follow through with the marketing strategy. Besides that, UFC focuses on promoting the story of their fighters. That’s why fighters are more engaged with their fans.

Although it sounds like a good deal to have everything almost sorted out, it has its disadvantages. One example is that to fight in the UFC, you have to pitch yourself to them to hire you. And because the fighter is the one approaching UFC, his pay can be smaller than a boxer’s.

Looking at the operating side, UFC as a whole earns more since everything is produced in-house. However, the same can’t be said of their fighters.

Next, let’s take a look at how boxing handles its marketing.

Boxing has been a favorite sport for decades. Even if MMA has been making waves, boxing is still popular. The sport has a clearer set of rules and has produced legends because it’s been around so long.

Boxing promotion is very different than UFC’s. Compared to UFC, boxing is made up of different entities. Moreover, boxing also has different promoters and sanctioning bodies. Instead of finding promoters, promoters are often the ones looking for boxers. They will be the ones to scout and convince boxers to sign with them. Once they have signed, the promoter will be in charge of setting up fights for the boxer.

The promoter and the manager will have a say as to whether you can fight or not. Since the boxers are the product, they tend to protect the boxer’s legacy. That’s why big fights rarely happen. Each side is working hard to promote its title.

In terms of viewership, boxing is more accessible. Although it’s more old school compared to UFC, boxing relies more on MGM viewings, and promos are usually done mostly in print. Whether it’s a digital or physical copy, you can see boxing in almost any newspaper and sports magazine. It’s also promoted on radio and talk shows. Fights usually take place on Showtime PPV, where different companies can advertise in between the fights.

Related: 7 Lessons From the Boxing Ring

Both combat sports have different marketing strategies. UFC’s fights are now broadcasted on ESPN+ thanks to their recent deal. Each pay-per-view will cost $70, on top of the monthly and yearly subscriptions from ESPN+. On the other hand, boxing broadcasts its fights both on Showtime PPV and ESPN+ by pay-per-view and often has full seats in the MGM Grand.

Moreover, UFC tends to focus on digital media while boxing prefers the traditional route of print and live to view.

In addition, UFC handles everything, from promotions to their fighters and even to setting the regulations. On the other hand, boxing has many entities involved in every aspect.

How can UFC improve its strategy?

Although the UFC has done well with promoting its fighters, there are still some areas UFC needs to work on.

UFC could offer higher pay for fighters. People nowadays are very conscious of what they buy. If a product they like wasn’t sourced ethically, then they’ll drop it even if they like it. The same goes for UFC. The impending lawsuit isn’t good for the brand they’re trying to create. Fighters should be paid fairly for their hard work. They should also be allowed more sponsorships and deals. Restricting these can end up costing them fewer opportunities from ad revenues.

UFC could also better utilize digital marketing. Both UFC and boxing are combat sports, but they have different audiences. Boxing is concentrated on folks who are more traditional; that’s why they focus their promoting strategies using traditional marketing. On the other hand, UFC garners more viewership from younger adults.

Although UFC uses social media to promote its fighters and events, UFC could utilize it more by optimizing different digital-marketing tools.

UFC’s marketing strategy is already solid, but it needs a few tweaks if it wants to be as stable as boxing. Utilizing every aspect of digital marketing will help UFC leverage the sport.

Why a Proper Digital Marketing Strategy Is a Financial Advisor’s Secret Weapon
Behind the Reviewers: What Makes a Reviewer Tick?
This day in search marketing history: January 29
How to Adjust Your Marketing to Survive a 2023 Recession
Conversational AI Is a Revolution That’s Just Getting Started. Here’s How It Can Boost Your Business.