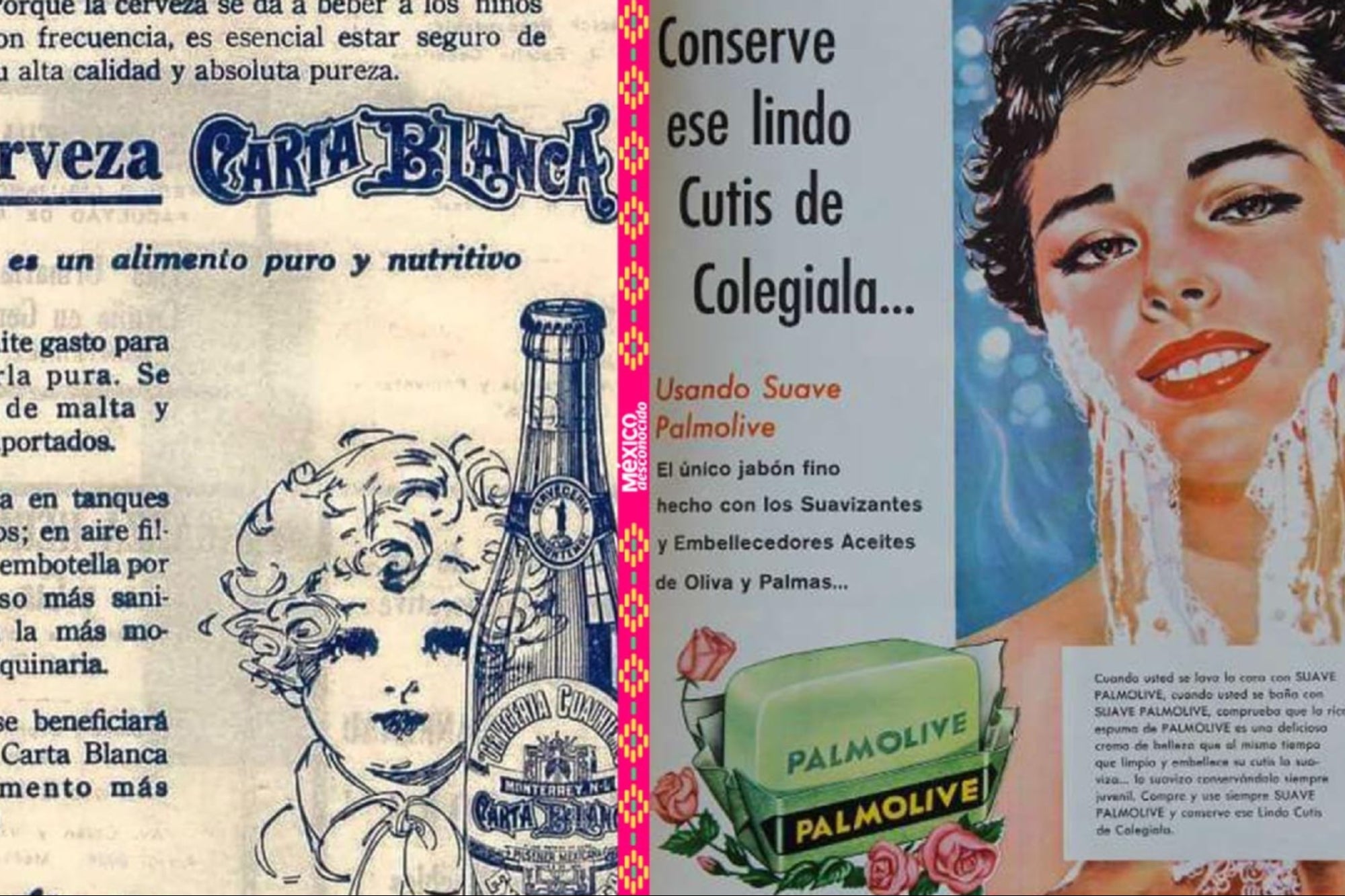 We present to you some of the funniest and most unusual commercials of the last century.

Currently, the goal of every company is to sell you something, be it a product or a service. However, many things happened for advertising in Mexico to get to where it is today.

What is the publicity?

Advertising is a form of communication that is intended to persuade its viewer to purchase a product or service , insert a brand into the market, or improve its image.

Within this work are broad disciplines such as psychology, sociology, anthropology, statistics and economics. All of the above makes cohesion to achieve market studies, analyze the needs and desires of the target audience and thus, communicate and promote the exchange of commercial interests with the aim of increasing the consumption of various products or services.

The history of advertising in Mexico

Advertising in Mexico can be traced back to pre-Hispanic times, as different indigenous peoples made use of symbols to commercialize their work , among which weavers, colorists and farmers stood out. In addition to this, some products such as seeds, food, handicrafts, vessels, among others, were promoted. However, the conception in many indigenous worldviews are completely alien to the mercantilist vision; it is rather associated with tequio and exchange, putting the notion of community at the center.

Advertising in Mexico, strictly speaking, arose with the printing of the first gazette in New Spain in 1666 . Later, in 1850 the first advertising campaign was developed and in 1865 the General Advertising Agency was founded. It should be noted that during the first half of the 19th century, advertisements were free.

The advertising boom in Mexico as we know it today occurred in the 20th century , when major newspapers such as El Universal , Excelsior , Ovaciones , El Heraldo de México and El Sol de México began to publish advertisements. With inventions like radio and television, it didn’t take long for companies to start promoting their products in these media. Finally, in 1959, Medios Publicitarios Mexicanos established the information service and media rates.

However, advertising back then was nothing like we know it today. If we analyze these images with today’s standards, we could see that some are inappropriate to some degree, while others are just hilarious. Here are some of the funniest and most unusual commercials from the last century : Yoast SEO version 20 with a new interface for settings
5 Sales and Marketing Trends for 2023 You Must Know
Why a Proper Digital Marketing Strategy Is a Financial Advisor’s Secret Weapon
Fixing Your Facebook Ads: How to Create a Strategy That Works
The Complete Guide to Effectively Using AI Writing Tools in Content Marketing