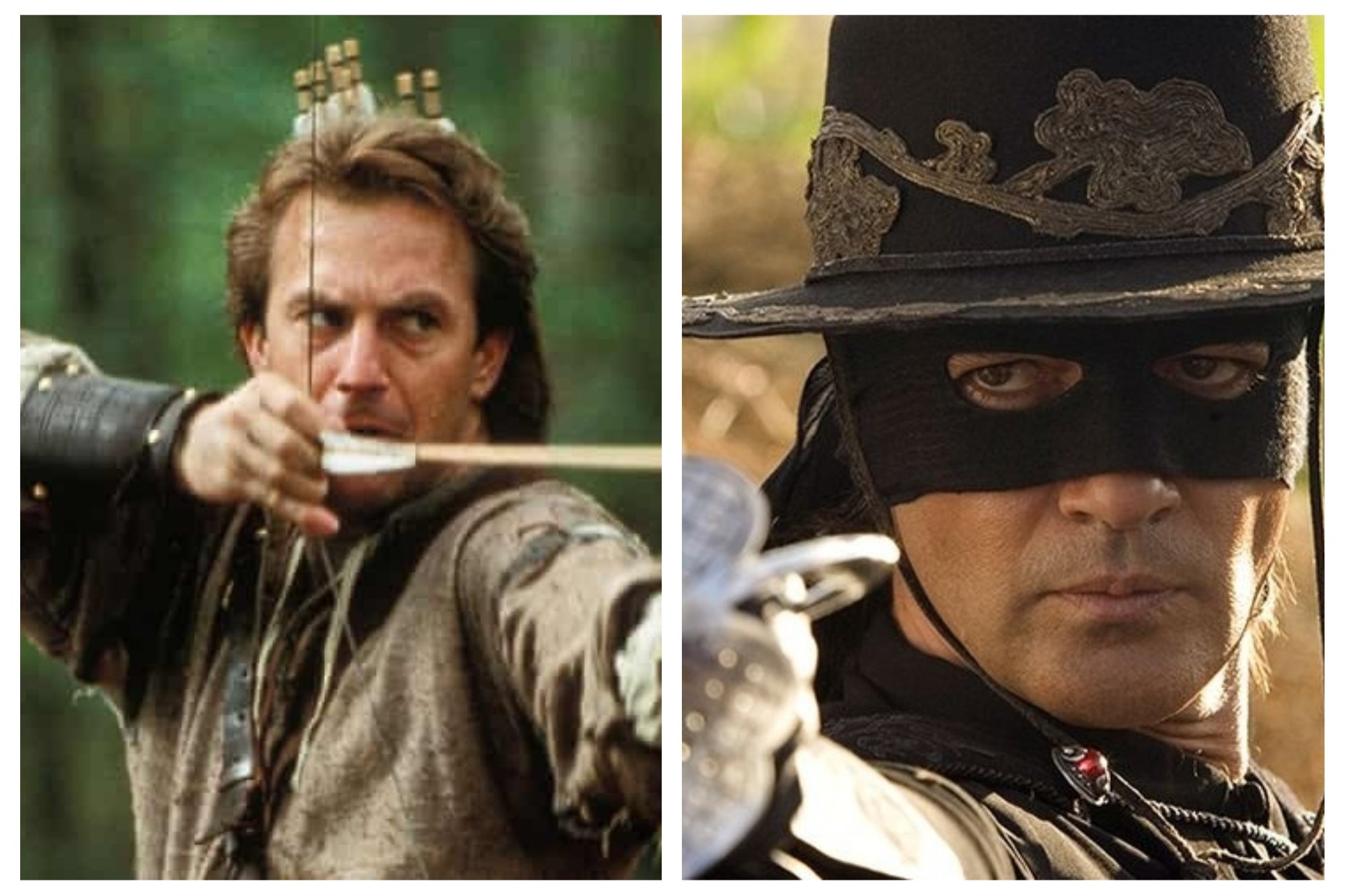 As a teenager I used to watch two series on television: one about the deeds of Robin Hood and the other about the adventures of El Zorro .

Regardless of whether one of the stories was set in Sherwood Forest and the other in California, I realized that both were starring characters that seemed identical. Both Robin Hood and El Zorro fought against the corrupt power of soulless and unjust rulers. They were both mighty men, protecting the weak from powerful and evil oppressors. Many years later, when I began to study archetypes, I was able to catalog those heroes more rigorously: Robin Hood and El Zorro were “vigilantes.”

But I quickly came to the conclusion that a single archetype could not precisely define a character, because, upon further thought, I discovered that these legendary characters, which at first glance might look the same, had deep differences deep down. El Zorro, on the one hand, was a lonely and somewhat elitist hero, he had a secret identity, he was dressed in black and had the agility and cunning characteristics of the animal that gives him his name. Robin Hood, on the other hand, was surrounded by a group of bandits, he was much more rustic, humble and small-town, and he was always dressed in green. I thus discovered that it was necessary to use multiple archetypes for some characters to acquire dimension and life. 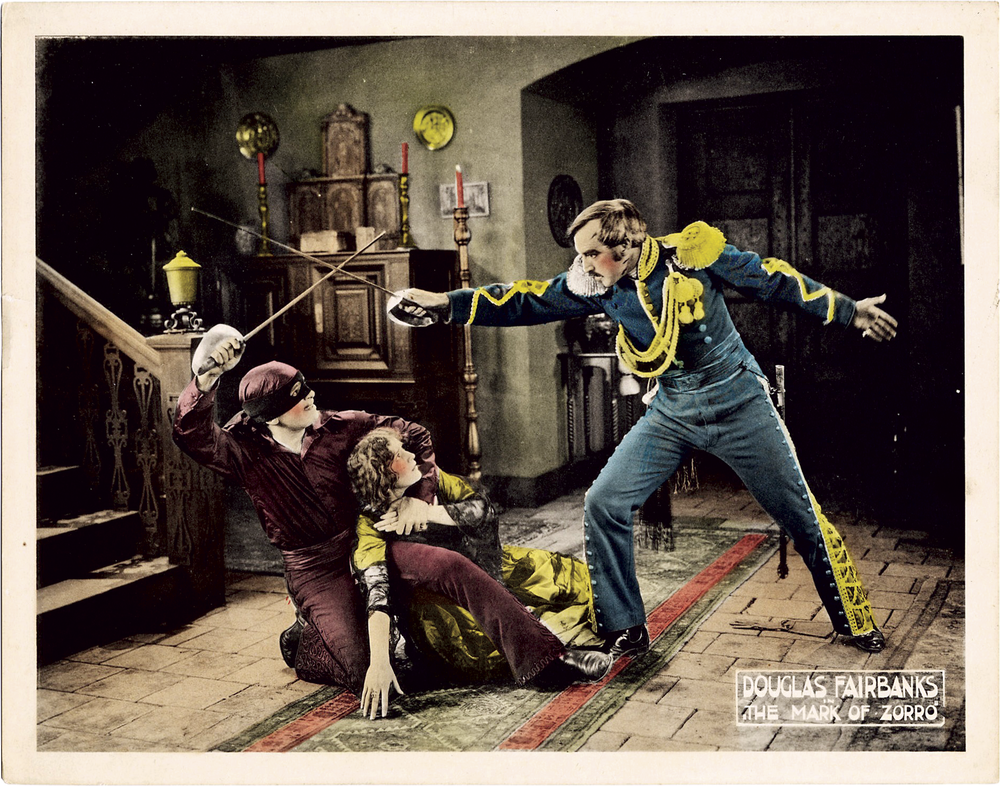 Zorro, on the one hand, was a lonely and somewhat elitist hero / Image: The Mark of Zorro (1920) / Douglas Fairbanks Pictures Corporation / United Artists

Since I started building stories for clients operating in various categories and markets I have learned that any narrative must start with a good character, expressed by a combination of powerful archetypes that give the brand or organization a unique tone of voice and define a set. of values that sustain it. The strength of the archetypes is due to the fact that they reside in the unconscious, the part of our mind that we are not aware of and, for that reason, the archetypes have a great influence on our thoughts and our appreciations without our realizing it. In this way the archetypes help us make sense of the world around us, allowing us to categorize and understand the people, organizations and entities with whom we come into contact. And, in addition, they awaken our emotions in an immediate way: certain archetypes, such as the Hero or the Protector, make us feel safe, while others, such as the Lover or the Seductress, inspire us with passion and attraction. 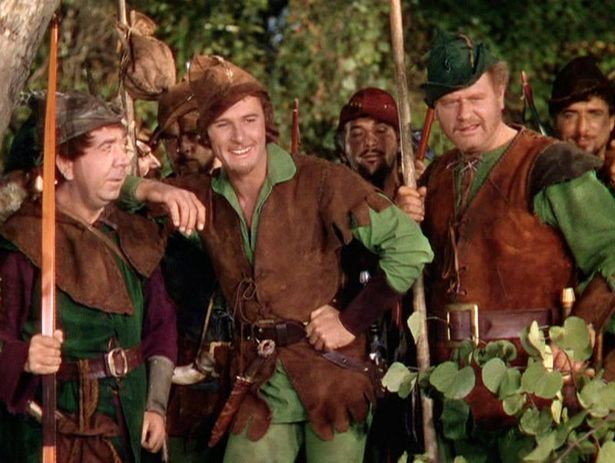 Robin Hood, on the other hand, was surrounded by a group of bandits, he was much more rustic, humble and small-town / Image: The Adventures of Robin Hood (1938) / Warner Bros. Pictures

Choosing the correct archetype is extremely important for any brand or company. I will give an example.

On May 25, 1961, President John F. Kennedy announced his plan to send man to the moon in less than 10 years. “I think this nation – he said – must commit to achieving the goal of putting a man on the Moon and returning him safely to Earth before the end of this decade.” Kennedy gave the order like this, and NASA would soon have to send men to the Moon: but how was that mission to be carried out?

The prevailing logic suggested launching a gigantic rocket that would head for the Moon, land on the surface of our satellite, and take off again to return to Earth. This was the plan endorsed by Wernher von Braun , director of NASA’s Marshall Space Flight Center.

But a young engineer named John Cornelius Houbolt , defying prevailing logic, envisioned the solution known as Moon-orbit-rendezvous. In this case, the astronauts would take off from Earth in a rocket capable of putting two light vehicles into orbit. These would be the ones that would fly to the Moon: one, the orbital module, would stay flying around the Moon and the other, the famous LEM, would descend to the lunar surface and take off again to reconnect with the orbital module before returning to the Land.

In November 1961, Houbolt made the decision to skip the normal channels and write a letter to his superiors. In it he asked: “Do we want to go to the Moon or not? For what reason is the plan to launch a huge and bulky rocket accepted without question and instead a simpler and much less grandiose scheme is rejected out of hand?” became a strong proponent of the idea, and it took NASA officials more than a year to convince the idea. The idea seemed far-fetched: Astronauts would have to learn how to detach and re-hook two vehicles orbiting the Moon, a feat that not even achieved in Earth orbit If the LEM could not reconnect to the orbital module, the two astronauts would be trapped forever flying around the Moon with no chance of returning to Earth.

NASA finally decided to go ahead with the Moon-orbit-rendezvous model, and the technique was successfully carried out on each of the eight Apollo missions to the Moon.

If we review this story, we see that the three key characters correspond to three very different archetypes: Kennedy embodied the “Visionary”, Von Braun the “Expert” and Houbolt the “Challenger”.

If your organization or your brand had to choose one of the archetypes of the history of man’s trip to the Moon, which of them would you build? The “Visionary”, the “Expert” or the “Challenger”.

Like many, you would probably choose the role of the “Challenger”.

Beyond that, today we know that Houbolt was right, what is it that makes this archetype so attractive?

Obviously we would all like to embody an archetype that, like the challenger, is full of glamor or heroism. However, it is not necessary to get carried away by appearances and it is necessary to avoid concentrating on a single archetype. Like Zorro and Robin Hood, each brand needs a suitable combination of archetypes to build its narrative world . If you only use one, it will probably end up being the category in which the brand operates. This is a huge temptation that, however, commoditizes the brand itself and does not create differentiation. Very often all chocolate brands, law firms, clothing stores, or beach destinations embody identical archetypes.

Searching for a unique combination of archetypes in the category is the only way to project a different and differentiated image.

This day in search marketing history: January 29
Elon Musk’s Twitter Is Being Sued Over Unpaid Rent (Again) — This Time By King Charles III’s Crown Estate
Having Trouble Getting Verified on Social Media? Try These Strategies
Did #TikTokMadeMeBuyIt Give Amazon the “Social Commerce” Push It Needed?
How to build a winning SEO tool stack for 2023