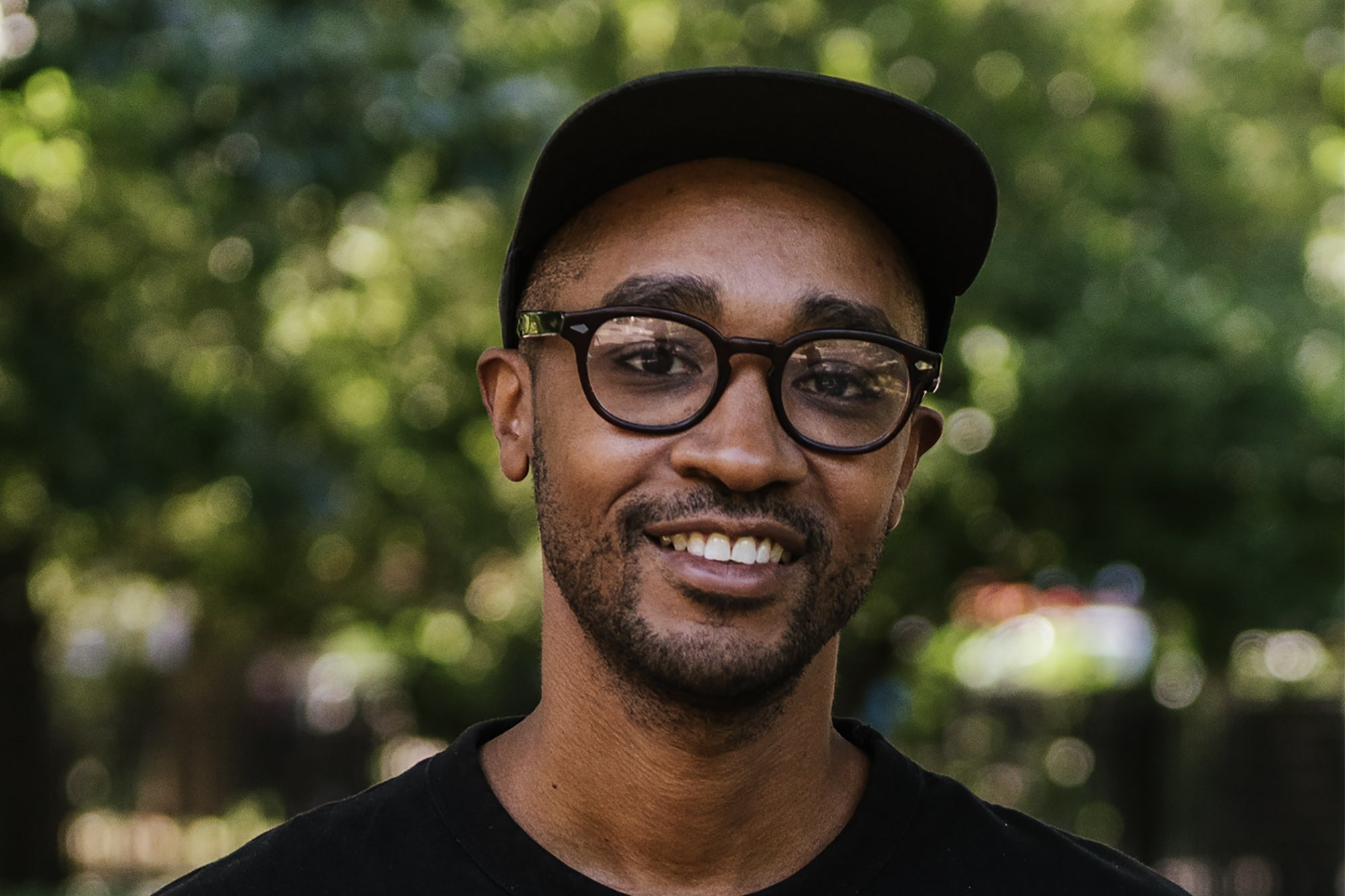 “What is something you pretend to know about, and why?”

The question appears on a light blue card decorated with four gender-neutral faces, their eyes shut. As you move through the deck, the card colors change — to green to yellow to pink — and the eyes gradually open. The designs reflect the nature of the questions; those printed on blue cards are the least probing, perhaps the most approachable, while those on pink pose deeper, more controversial queries: “Can violence ever be justified? In what circumstances?”

The game is called Actually Curious, and the objective isn’t to win or lose, but to “get real” with the other players, strengthening an empathy-driven movement of human connection. Curiosity Lab, a group of idealistic marketers who aim to harness the power of consumerism and entertainment to alter the way people behave, created the game in 2018.

Michael Tennant is the man behind the marketing group, and the game. Since its inception, Actually Curious has become a viral hit, one endorsed by Beyoncé and major media outlets. Tennant has even been dubbed an “empathy expert” by The New York Times. Last year, in the span of six months, Curiosity Lab generated more than $400,000 in revenue, and the company has grown 500% year over year. But the road to Tennant’s enormously popular empathy movement was a difficult one. 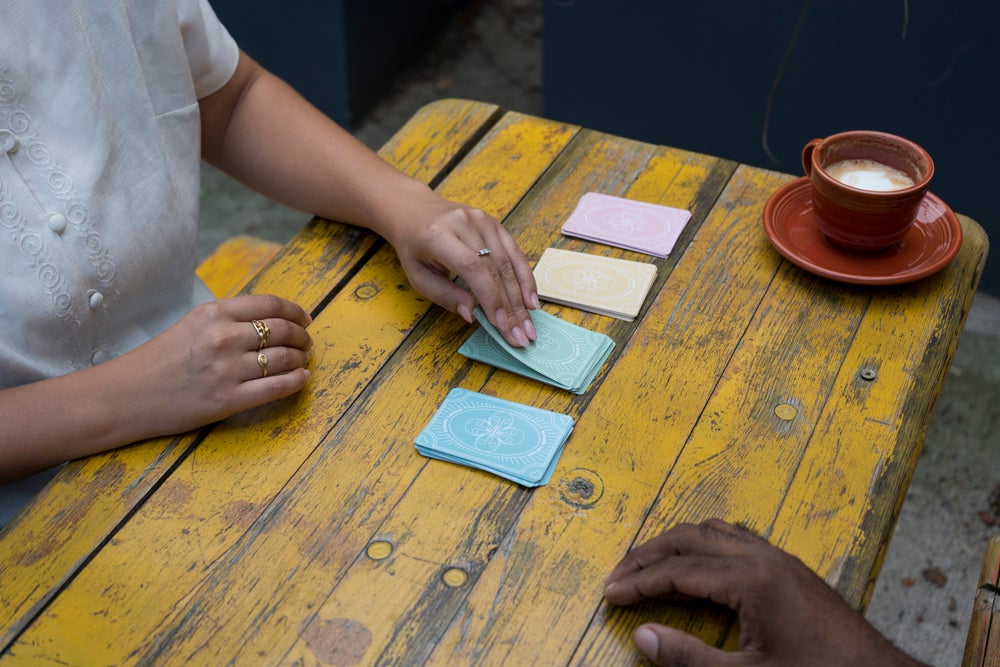 Related: Why Empathy Is One of the Most Overlooked Skills in Business

“I went to spend time with my family, and it was not met very empathetically”

In 2016, Tennant was working as an advertising executive, bringing in major clients like Google, Delta Airlines, Mailchimp and HBO for his company, when he learned that his older brother Chris had suffered from a stroke. “At that point, I was the head of my department,” Tennant says. “We had this really important thing the next week in LA. ‘Really important.’ I went to spend time with my family, and it was not met very empathetically, though I didn’t have the language for it then.”

Tennant might not have had the language for it then, but it was an experience that would stay with him. Later that year, when the election of Donald Trump deepened division across the U.S., Tennant began to reevaluate the trajectory of his career. He started to consider how he might use his skills to create positive change.

The desire to make an impact led Tennant to found Curiosity Lab in 2017, and by the following summer, the marketing group had grown into a team of six. With the looming midterm elections exacerbating the country’s division, Tennant and the rest of the team brainstormed ways to bring people together.

“We thought about what our values were and came up with community, connection and compassion,” Tennant says. “We brought in the model of SMART goals — smart, measurable, actionable, relevant and time-based.” They came up with a 360 marketing campaign, which included Actually Curious.

“We did this guerrilla marketing campaign,” Tennant says. “I did stencils overnight in front of The New York Times and Vice, our own wheat pastings that got pulled down right away. But it was effective. [The Actually Curious cards] sold out in five days.”

Related: Why Empathy Is Important in Leaders Right Now

“I woke up in the middle of the night and was like, ‘I have to take this game around the country'”

Tennant’s idealistic marketing company was off to an exciting start, but it was also facing debt, and in 2019, the group had to temporarily fold. Afterwards, Tennant was hired as the CMO of a public-health nonprofit. Tennant’s new title gave him back some sense of security, but the relief didn’t last long.

That year, Tennant’s brother Chris passed away, and he also lost his other brother Darren. Tennant hit an emotional rock bottom, and the toxic thinking he recognized from his early days in advertising resurfaced. He knew he had to make a radical change.

“I woke up in the middle of the night and was like, ‘I have to take this game around the country,’” Tennant recalls. “I’d taken out a $50,000 loan to make sure I had enough cash flow, and we just went out and pitched the cards to different places.”

Actually Curious‘s commercial strategy involved stopping in Tier 1 and Tier 2 cities on the way to see Tennant’s parents in Southwest Florida, but the journey offered more than exposure for Curiosity Lab’s card game; it gave Tennant a chance to empathize with his younger self and work through some of his past trauma.

“I went on Facebook and looked up people from my past,” Tennant says. “So like, my high school bully, from my first year of boarding school. I was 12 years old, trying to acclimate to economic, racial and cultural differences.” Ultimately, Tennant met up with the boy he’d known in school, and the experience helped Tennant unpack his own defensive nature.

Related: Empathy, Not Metrics, Has the Power to Push Ideas Forward

Today, Tennant continues to spread the empathy movement. “We started doing these consumer workshops to lean into our purpose,” he explains. “And at that point, the commercial articulation of this purpose was to spread empathy. It’s great. Passion, purpose and profession align. And that’s a beautiful, rare thing.”

“We started doing workshops in October to help the members of our community strengthen their empathy muscles, going into the election month,” Tennant continues. “It was also a good way for us to put out practice mini-modules, focused on teaching really specific skills that would help people be more proactive, confident and have more agency around creating a safe space. And then finally being able to use those three skills to recognize our own biases.”

The deceptively simple card game that started it all continues to play an important role in Tennant’s empathy movement. Now, the original Curiosity pack is joined by Happy Hour, Culture and Human Rights editions, each with a unique area of specificity, as the names suggest. The cards can be played alone or together, but they all share a common goal, the one that’s been on Tennant’s radar from the beginning: to start the conversations that have the potential to foster connection and change lives.

How AI Writing Tools Like ChatGPT Can Make Marketing Easier
How to Manage and Maximize Your Marketing Budget During Times of Economic Uncertainty
If You’re Not Using This Type of Content in Your Marketing, You’re Missing Out
ChatGPT for PPC marketers: 15 strategic prompts to use today
How to Build a Successful (and Profitable) Media Production