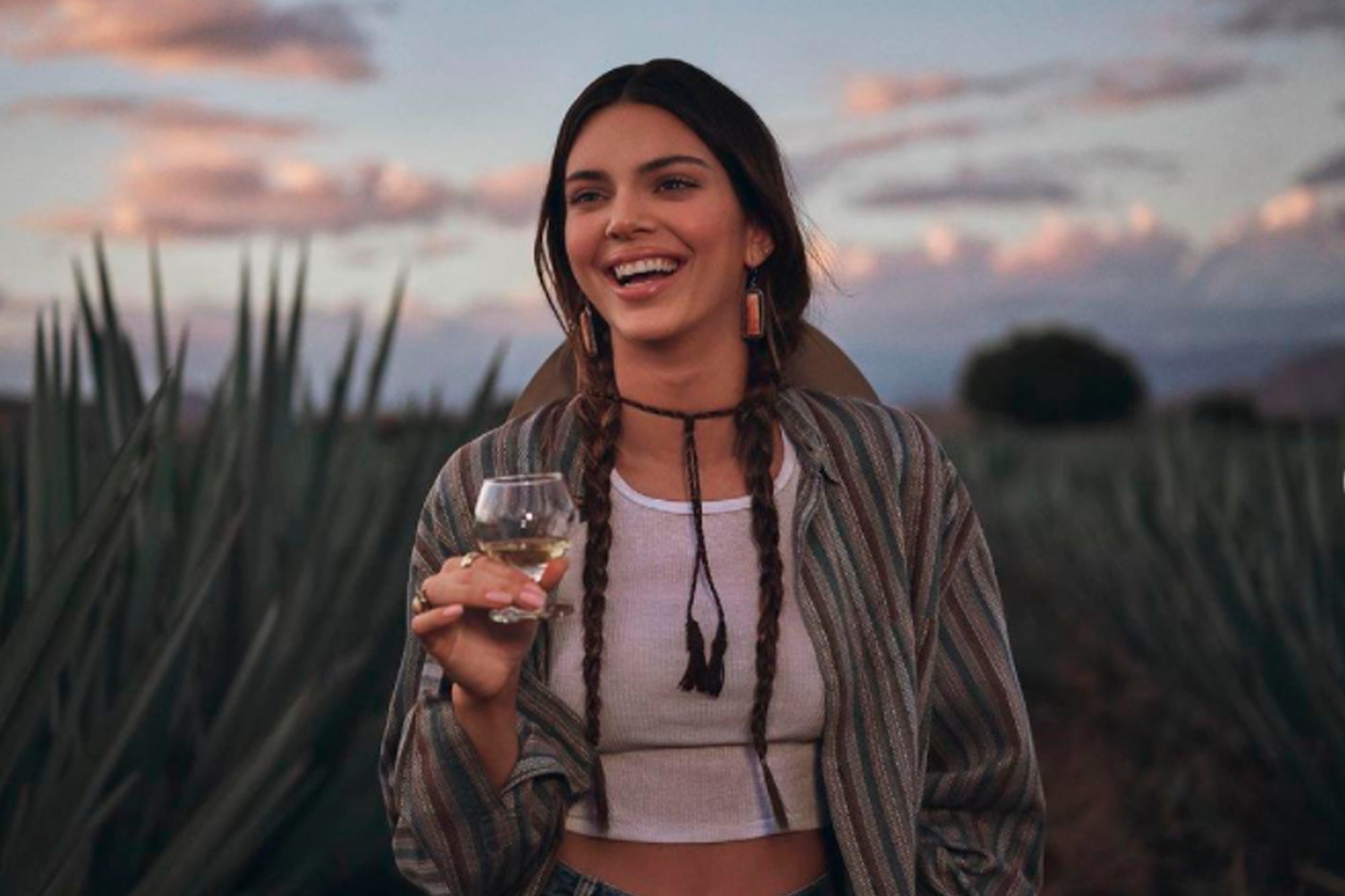 For a few years now, tequila has positioned itself as one of the most popular in the world. For this reason, many international celebrities have launched their own brand of Mexico’s most iconic alcoholic beverage . The most recent is model Kendall Jenner with her 818 tequila , but after the launch she has received a wave of criticism and memes , accusing her of cultural appropriation .

On May 17, Kendall presented his tequila brand 818 with a video that caused a lot of controversy on social networks.

The 25-year-old model appears in the clip, touring an agave field in Jalisco, the cradle of tequila in Mexico, accompanied by jimadores and local workers. The oldest of the Jenners wears jeans with a white T-shirt, and a shirt with a green, white and red shawl print. To complete the look, she wears her hair tied in two braids and a beige hat hangs from her neck. Like this or more ‘Mexican’?

Although Kendall Jenner may have intended to highlight the Mexican roots of her tequila, the concept and marketing strategy proved quite controversial.

Netizens immediately began to accuse her of cultural appropriation , which is when someone takes and uses elements of a culture that is not their own.

“Kendall Jenner from his privilege doing a commercial about his tequila, with similar clothes and braids very common to the Mexican stereotypes of indigenous women i’m-” pic.twitter.com/taGcnF3TB8

In general, cultural appropriation is exercised by people who belong to historically and socially dominant groups in the process of colonialism, who take and display elements of a historically oppressed group. For example, a young American millionaire using the clothing and context of the peasants of Mexico as if they were a costume and props.

The colonialism of Kendall Jenner pic.twitter.com/1vvifl5W5y

Social media users are singling out her for taking advantage of Mexican farm workers.

Sorry but let’s be honest ….. neta do you think Kendall Jenner works and lives with the workers as shown in the promotional photos and videos of his tequila? I DOUBT IT! pic.twitter.com/J7c9M74VUl

And also for taking the tequila in a glass and not in a typical tequila shot .

Where does Kendall Jenner get that we spend it in braids and drink it by the glass? pic.twitter.com/3RdSFKzr4L

Some said that they find it disrespectful that the model tries to look like a Mexican when she is not.

what happened to Kendall Jenner this is not a literal aesthetic people are discriminated every day for dressing like that pic.twitter.com/djYFjB3juA

The drink is already on sale in its three varieties: añejo, reposado and blanco; But don’t be too quick to try to buy it (if you had thought about it), as it was only released in limited production in California and is already out of stock. However, they plan to make it available throughout the United States by next summer 2021.

I’m going to ask my viewers to PLEASE DO NOT buy Kendall Jenner’s tequila. pic.twitter.com/bt4jzJ39bb

Last February, Kendall announced that he would launch his own brand of tequila made in Jalisco, Mexico. The model spent four years fully involved in making her drink, from research and testing to tastings.

“ What an amazing experience I have had so far, learning about this beautiful place, its beautiful culture, and the beautiful people! Jenner wrote on Instagram a couple of months ago.

Kendall Jenner isn’t the first or only foreign celebrity to launch herself as a tequila entrepreneur. Celebrities like Dwayne Johnson (The Rock) , George Clooney , Rande Gerber , LeBron James , Kevin Hart , Brian Cranston, and Aaron Paul have their own agave distillate firms, be it tequila or mezcal. Even Elon Musk launched his ‘Teslaquila’ , but Mexico took the name off it.

In fact, several netizens have defended the model, saying that they only criticize her for being a woman and for being part of the Kardashian-Jenner clan, since male celebrities have not received as many negative comments when doing exactly the same as her.

It rained Kendall Jenner for announcing the launch of her tequila, and they claim her for cultural appropriation, but let’s remember that she has not been the only foreigner who has entered the sale and production of tequila. pic.twitter.com/WbxuKZnCCt

How To Identify the Target Audience In the US Market For a Luxury Indian Gold Jewelry Style Product
Want to Make More Money? 10 Experts Share 10 Tips to Grow Your Business
Internal linking for ecommerce: The ultimate guide
2 Key Marketing Tactics to Increase Brand Awareness and Credibility
How to Build a Successful (and Profitable) Media Production